Analysis: Is a 15 percent penetration good, bad, or indifferent? 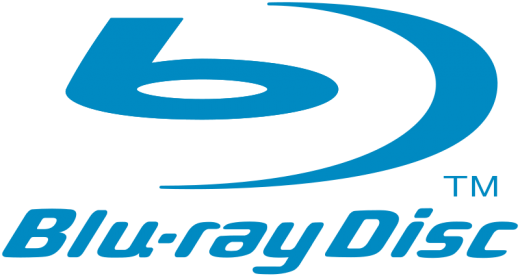 Retail research company is out with a new report on Blu-Ray, and among the tidbits in its press release is the fact that 15 percent of consumers surveyed by NPD report having used a Blu-Ray player in the past six months. Analyst Russ Krupnick provides a sound bite in the press release that sounds, well, lukewarm:

While Blu-Ray may not be the replacement for DVD that many once hoped for, it is certainly adding strength to the physical video-disc market. This added stability is helping to extend the life of discs, even as digital options gain in popularity.

So is 15 percent penetration good, bad, or indifferent? Well, Blu-Ray was launched in June of 2006, so it’s now a half-decade old. By way of (imprecise) comparison, DVD turned five in 2002 — and that year, the CEA reported that DVD players were in 35 percent of U.S. households that year. Sounds like Blu-Ray is off to a far more sluggish start than its predecessor. Of course, we live in a way different world than we did when DVD arrived. Its advantages over VHS as a movie-watching medium were huge and obvious: far better quality and random access in a muchsmaller, less fragile package. And DVD faced no competition as a new-and-improved way to watch movies. Blu-Ray is a better way to watch movies than DVD, but it’s more subtle — the big draw is really, reallygood quality rather than really good quality. It faces competition galore: a far-flung, overlapping mishmosh of choices including Apple TV, Netflix, Vudu, Amazon Instant Video, TiVo, Roku, Boxee, Google TV, and lots more. You can consume vast quantities of high-quality video without ever getting near an optical disc. When Blu-Ray was under development early in this century, it was obviously meant to be a DVD replacement: a new box that everyone would buy to replace their old box. That’s not going to happen. Some early-adopter types (like my friend Louis Gray) are just skipping Blu-Ray and moving directly to movies that don’t involve physical media. Extremely late adopters will stick with DVD for now — and Blu-Ray may have come and gone before they’re ready to retire their DVD players. That leaves everybody who’s neither a bleeding-edge type nor a lollygagger as potential Blu-Ray buyers. And it seems to me that if a lot of them end up buying a DVD player, it won’t be because they’re all that excited over Blu-Ray. They’ll get it because players are now availableunder a hundred bucks, rendering it a very low-cost upgrade over DVD if you’re buying an optical player at all. They’ll get it because so many Blu-Ray players come with Amazon, Netflix, Vudu, and other streaming services, making a Blu-Ray player one of the most logical ways to connect an HDTV to the Internet. They’ll get it (as I did) because they buy a PlayStation 3. They might get it because they (gulp) buy a 3D-capable TV and need a source of 3D content. Maybe there’s still a window for Blu-Ray to do okay — not as the next big thing, but because…well, because it’s just there. ______________________________________________________________________________ Written by Harry McCracken, the founder and editor of Technologizer. For more smart takes on technology, visit Technologizer.com.]]>
0/5 (0 Reviews)
0/5 (0 Reviews)

How to be More Likeable as an Artist

There are lots of talented artists who don’t get too far because their personalities get in the way.  Yes, most of the supporters don’t really care about how the artists are in real life but colleagues, executives, and other professionals in the industry do.  Not that these people are really too sensitive or they’re just […]

CD Packaging of the Week:Amnesiac- Radiohead

Album: Amnesiac Artist: Radiohead Cover Artist: Stanley Donwood Year: 2002 This wonderfully done packaging won the Grammy Award for Best Recording Package in 2002. That’s almost a decade ago but this packaging has managed to keep its appeal intact. It was presented in a red hardbound book filled with artsy illustrations by Stanley Donwood and […]